Skip to content
Anti VEGF drugs available with us

Anti VEGF drugs available with us

Now we have a choice!

We are very pleased to announce that we are able to offer our patients almost all available on the market anti VEGF (Vascular endothelial growth factor) drugs. We now have the possibility of choosing a drug according to each patient or eye according to the individual type of pathology, as well as the possibility of changing the drug if the therapy does not work effectively enough. This group of drugs has been successfully used in our country since 2008, and somewhat earlier in the world, for the treatment of diseases of the posterior segment of the eye, primarily macula – yellow spots and are applied directly to the eye as injections into the vitreous, intravitreal. 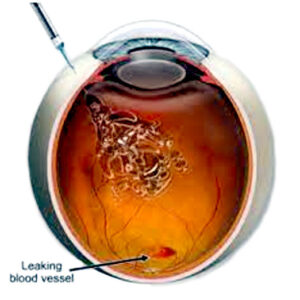 In addition to the well-known drugs Avastin-Bevacizumab – which is not registered for ophthalmic use, but contains antibodies to VEGF and is effective and used especially in underdeveloped and developing countries due to low cost, there are also registered preparations for ophthalmic use: Lucentis – Ranibizumab as and Eylea – Aflibercept. In the last few months, we are looking forward to the new registered drug Beovu – Brolicizumab. 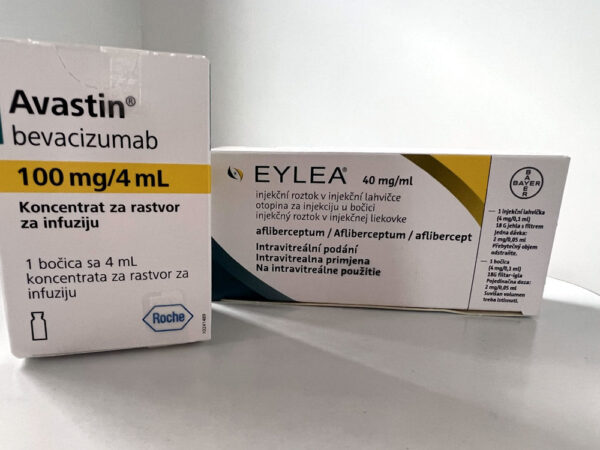 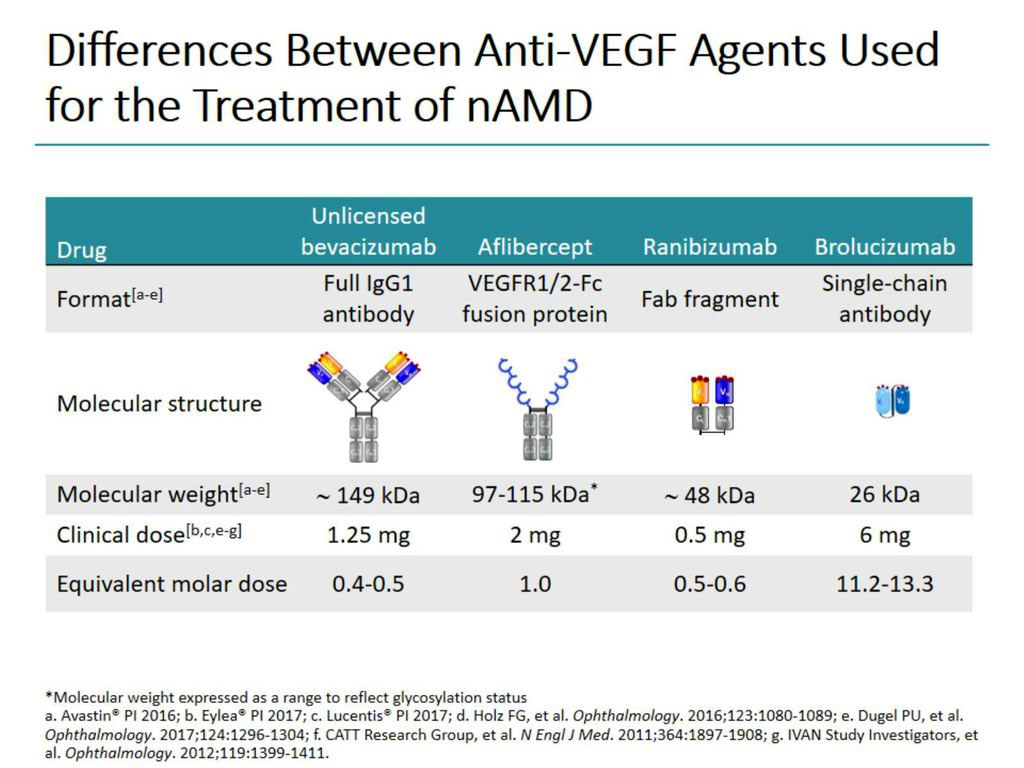 We can see that Avastin – Bevacizumab contains antibodies as a whole, the highest molecular weight of 149 kDa. Humanized monoclonal antibodies target all isoforms of VEGF and block binding to receptors on endothelial cells. Thus, the drug achieves its effect, inhibition of angiogenesis and inhibition of capillary leakage.

Lucentis contains only Fab antibody fragments, only 48 kDa in size, lacks the Fc fragment as a whole, and is considered to have a reduced likelihood of an inflammatory response. The smaller molecule has faster penetration through the retina as well as efficacy, and the clearance from the systemic circulation is faster, which reduces the possibility of side effects. Like Avastin, it blocks all VEGF type A isofomes.

The molecule of the new drug Beovu has the smallest dimensions of 26 kDa, thus achieving the highest concentration of the active substance in relation to the volume of the drug, which is 0.05 ml for all drugs. It is a single chain Fb fragment of an antibody. The small size enables better penetration of the drug through the retina, greater efficiency and a prolonged effect.

The drug can be administered intravitreally every 3 months after 3 initial monthly doses (which is common for all drugs), which is a relief for both patients receiving the drug and the doctors who perform the application. This comes to the fore when the patient does not achieve a complete cure and so-called maintenance doses must be given to preserve vision. The patient will be covered with 4 doses per year. 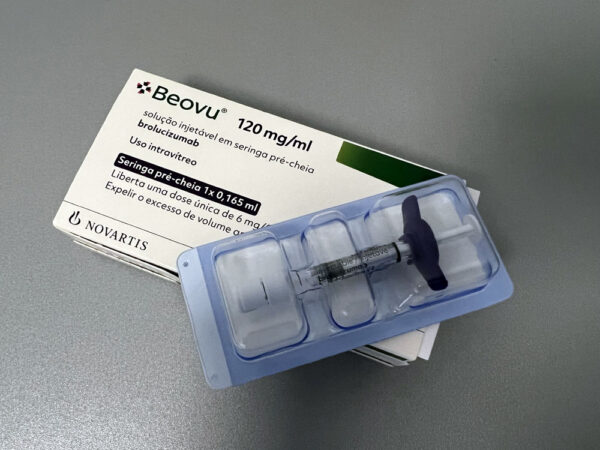 All preparations are effective and safe and contain antibodies or their parts directed to VEGF, predominantly type A, ie their receptors on endothelial cells.

VEGF which is responsible for the proliferation of pathological blood vessels in ischemic eye diseases (wet form of macular degeneration – senile imiopne, diabetic macular edema, macular edema within venous occlusions of the branches and central as well as in retinopathy of the prematurus). Pathological blood vessels – neovascularization, swell uncontrollably and leak fluid / blood, and exudation and tissue swelling occur. It is the swelling in the macula – the yellow spot that is responsible for the decrease in visual acuity and the curvature of the image. This process is progressive and if left untreated it leads to a very rough drop in central vision at high speed.

Find out about all anti VEGF drugs in our office and schedule a preventive examination. 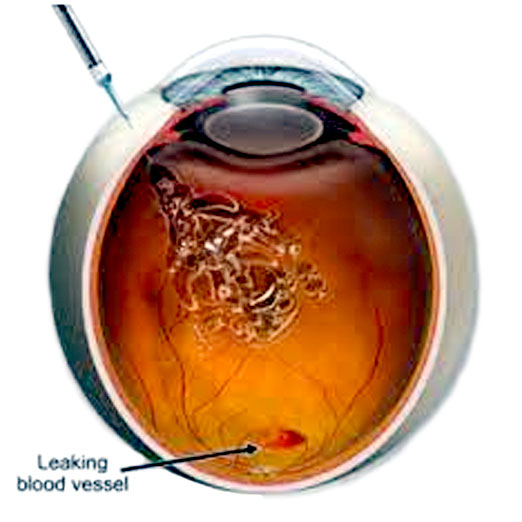