Pregnancy is accompanied by numerous hormonal changes that affect the metabolism of all organs and tissues, and thus the eye. 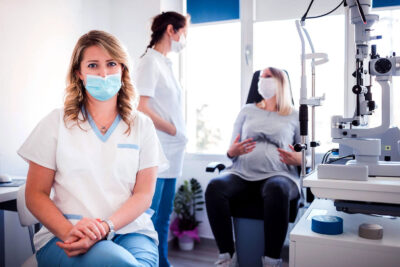 These changes are especially pronounced in the third trimester of pregnancy and can be reflected in diopter variations. During pregnancy, therefore, it is not advisable to change glasses, as well as contact lenses, and laser diopter removal should not be planned. Due to the accumulation of water-edema of the cornea as well as the cornea, the mucous membrane of the eye, poor contact lens contact may occur. Discomfort due to dry eye is often present. Mild swelling and slight sagging of the upper eyelid due to fluid accumulation may occur on the eyelids. Dark-colored eyelids-chloasma can also occur, due to the accumulation of pigment, which is also hormonally conditioned. Angiomas such as dilated spider-like capillaries may appear on the eyelids and face. All these changes are reversible and disappear sooner or later after birth.

During pregnancy, predisposed pregnant women can experience a significant jump in blood pressure, especially in the third trimester. If the values ​​are extremely high, malignant hypertension occurs, as well as preeclampsia and eclampsia. High blood pressure leads to damage to the endothelium of fine blood vessels, and hormonal changes lead to increased coagulation, so numerous occlusions of blood vessels can occur, e.g. central retinal artery and its branches, thrombosis of the central retinal vein and its branches, occlusion can also affect the blood vessels of the choroid, optic nerve and visual center in the area of ​​the cerebral cortex. This can be manifested by loss of vision, loss of part of the visual field, double images and even complete blindness.

From the pathological changes on the posterior segment of the eye, we find central serous chorioretinopathy which occurs due to the accumulation of fluid subretinally and as a consequence of the weakness of the pigment epithelial layer. This condition is hormonally conditioned by an increase in the levels of endogenous cortisol, which results in increased leakage of capillary walls, which usually occurs in the third trimester. It is followed by vision loss and metamorphopsia-curvature of the image. After a couple of months after giving birth, the condition usually normalizes even spontaneously. 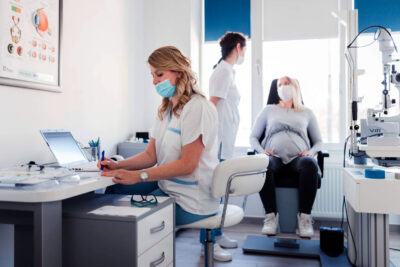 Numerous studies have confirmed the progression of diabetic retinopathy in pregnancy, especially if diabetes is poorly regulated, if it lasts for a long time or if it is associated with malignant hypertension – eclampsia as well as renal failure, proteinuria, anemia… every trimester of pregnancy. The only therapy applicable during pregnancy is laser photocoagulation.

Latent ocular toxoplasmosis may be reactivated during pregnancy with a risk of transmission to the fetus.

For highly short-sighted pregnant women, a prenatal examination is recommended in order to assess the risk of natural childbirth if there are pronounced degenerative changes on the periphery of the retina and thus the possibility of retinal rupture and consequent retinal ablation. 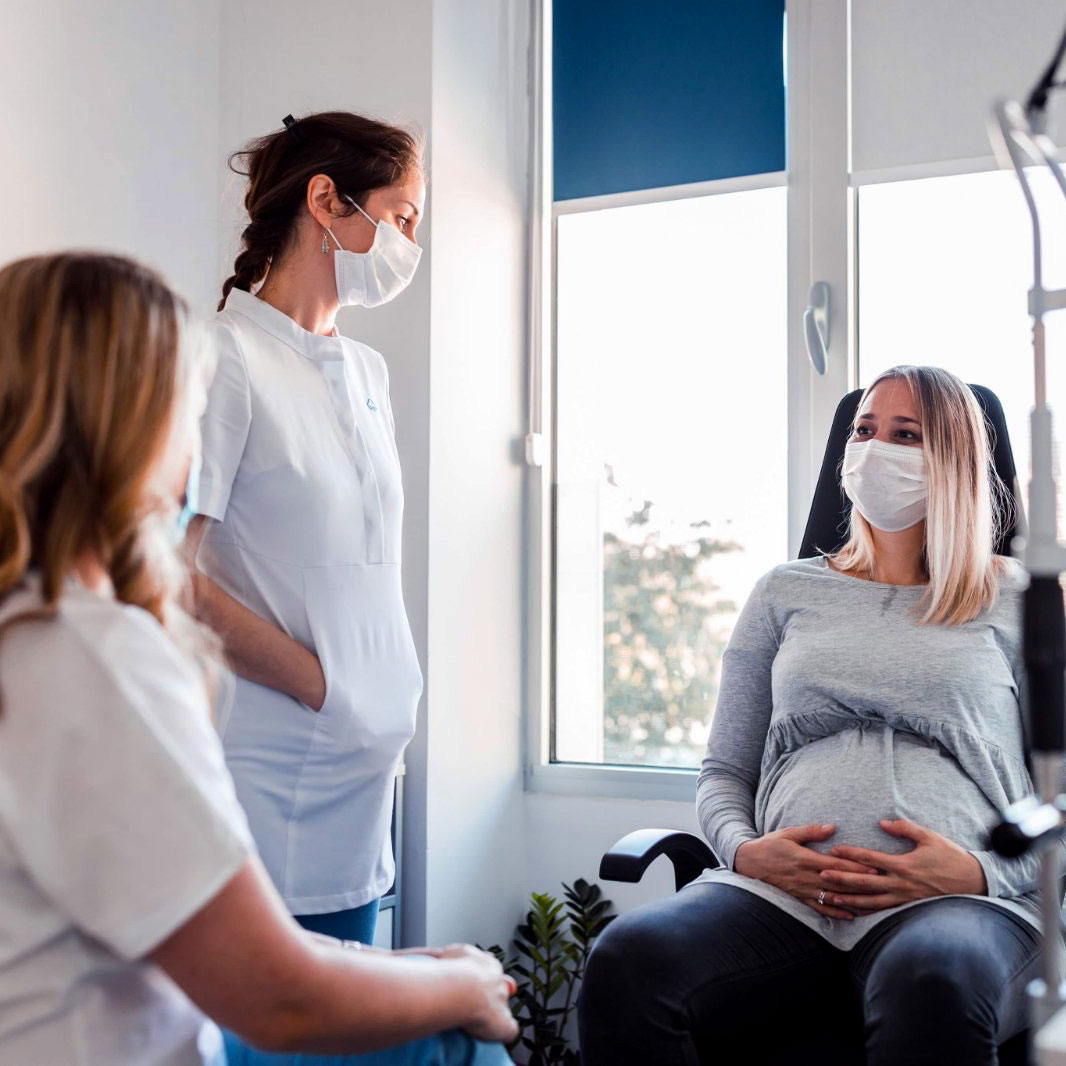